Which Mosquito Species Is The Deadliest?

Due to the Zika outbreaks that occurred during 2015 and 2016, it is easy to demonize mosquitoes. Even if mosquitoes were incapable of spreading disease, their blood-sucking behaviors would still make them hated insect pests. However, there exists more than 3,500 insect species in the world, and only a few species are capable of transmitting diseases to humans. In fact, only 100 mosquito species have adapted to feeding on human blood. The vast majority of the mosquito-borne diseases that affect humans are transmitted from Aedes aegypti, Anopheles and Culex mosquitoes. The most deadly and resilient of these three species would certainly be the Aedes aegypti, as this species transmits dengue fever, yellow fever, chikungunya, and most recently, the Zika virus. This mosquito species originally dwelled only in Africa, but now this species’ distribution spans the globe, and it is constantly expanding its habitat within the United States. While this mosquito species is undeniably the most successful of all killer mosquitoes, researchers are not in full agreement as to why A. aegypti has become the most prolific killer of all mosquito species. 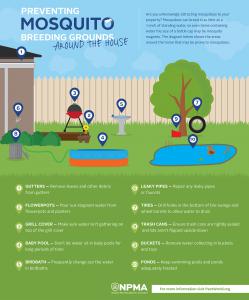 The A. aegypti is responsible for many disease outbreaks that had initially been attributed to other mosquito species, but until this species started transmitting Zika to American citizens, a relatively small amount of information had been collected concerning this mosquitos’ threat as a disease vector. According to Peter Hotez, dean of the National School of Tropical Medicine at Baylor College of Medicine, the A. aegypti is one of the most efficient killers in the world, and has been for a long time. For example, back in the 1890s, this mosquito species was behind the devastating yellow fever outbreak that affected French citizens who had been working on the Panama Canal. It caused massive amounts of soldiers to fall ill during the Spanish-American War, and it is now understood that this species was behind several deadly yellow fever outbreaks that occurred during the 19th century in New Orleans. Research shows that A. aegypti may adapt to urban environments more rapidly than other deadly mosquito species.