What Factors Influence The Foraging Habits Of Subterranean Termites?

Everyone knows that termites eat wood, and many people know that termites do this in order to access the cellulose contained within wood. Subterranean termites forage beneath the ground until they encounter a large enough source of cellulose to feed their entire colony. Most of the time, these large sources of cellulose are timber-framed homes. However, nobody seems to know how termites locate the cellulose that they require for their survival. Are termites attracted to wood? Do termites possess the senses necessary to locate wood from faraway distances? 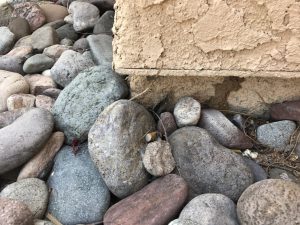 Termites do not need to forage for long before encountering various forms of plant matter such as sticks, twigs and leaves are highly abundant within the natural environment. However, termites must locate sources of cellulose that are large enough to sustain an entire colony, which can contain hundreds of thousands of individual termites. This is why timber-framed houses serve as an ideal source of sustenance for termite colonies. To put it simply, termites are not attracted to wood so much as they randomly happen upon wood while foraging, but this simplification can be misleading. For example, chemical and environmental factors influence where termites forage.

The area where termite workers forage is limited to their underground galleries, and the size of these galleries varies in accordance with colony size and the species of subterranean termite being considered. Some subterranean termites forage over a territory as large as a football field. Unlike termites, ants will repeatedly forage back and forth in between their food source and their nests. Termites, on the other hand, efficiently cover the greatest amount of territory possible by foraging in a starburst like pattern that begins at one central point. Traveling in this starburst pattern also prevents foraging termites from covering the same territory twice. Termites also locate wood on structures by carefully foraging around a structure’s foundation until a wood source is located.

Termites increase their chances of locating cellulose by gravitating toward soil that has higher moisture content; moist soil indicates the presence of cellulose-rich vegetation. Termites can also sense the odors that are given off by plants and decaying wood, but only from short distances. Once one foraging termite locates a source of cellulose, it emits pheromones that alert the rest of the colony of the food source’s location. As termites follow these pheromones to a food source, they also emit a trail of pheromones in order to reinforce the path to food for other termites in the colony. Researchers believe that there may be more to learn about the foraging habits of termites.

Do you think that termites possess an ability to locate wood that scientists have yet to discover?