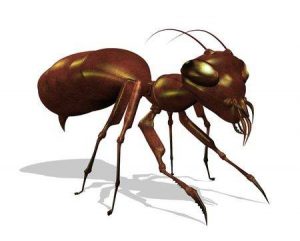 If you heard about a plane flight being cancelled due to an insect infestation on board, which type of insect do you think would be the culprit in this situation? Most of you are probably thinking “bedbugs”, but this happens to be a rare case involving another type of unexpected insect group. For passengers onboard a WOW flight from Iceland to Montreal, the trip was not enjoyable. At some point during the mid-air flight a seemingly large army of ants was discovered on board.

During a five hour trip from Reykjavik to Montreal, a passenger named Marco Lavecchia heard some commotion directly above his seat. It sounded like the commotion was coming from the overhead baggage compartment. The noise was loud enough to wake him from a nap, so he was not in a hurry to explore the situation on his own as the mysterious noise “creeped” the man out. Soon afterward, Lavecchia noticed numerous ants crawling all over the overhead compartments. Despite the apparent ant infestation, the plane landed as scheduled in Montreal, but it would be another few hours before the passengers could call it a night.

Do you think that the passengers were forced to leave their carry on bags aboard the plane due to the possibility of spreading the ants to new areas via carry on baggage?