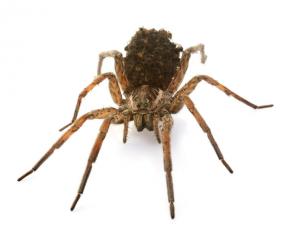 Have you ever seen a spider species with unusually long legs?