The Cockroaches That Dwell Within The American Desert Ecosystem Remain Mysterious

The Cockroaches That Dwell Within The American Desert Ecosystem Remain Mysterious 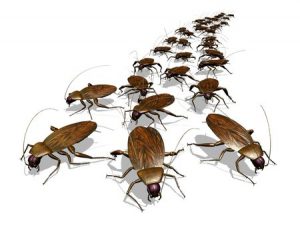 Back in 2014, researchers discovered thirty nine cockroach species in the American and Mexican desert. In order to properly classify these new cockroach species, researchers were forced to revise the little-studied Corydiidae family of cockroaches. All thirty nine of the new cockroach species were ultimately classified as belonging to the Arenivaga genus. Before the recent discovery, this genus only contained nine cockroach species. The Corydiidae and Arenivaga families of cockroaches are found all over the world in harsh and dry habitats that are usually not associated with cockroach life. Species belonging to either of these genuses possess many adaptations that allow each species to thrive within desert environments, which is unheard of for cockroaches. Researchers suspect that several more species of cockroach belonging to the Arenivaga genus have yet to be discovered in some remote parts of Mexico. The researchers also believe that many more Corydiidae species can also be found in other regions of the world that contain desert landscapes. Describing these cockroaches has been difficult for researchers, as these desert cockroaches possess a complicated set of adaptations. There is still much research to be done before desert cockroaches are understood as well as their moisture-loving counterparts.

Have you ever found an insect inhabiting desert land?