It would be nice to live in a world where cockroaches avoid crawling into the ears of sleeping humans. Sadly, this is not the world that we live in, as numerous people report to emergency rooms every year with complaints of cockroaches in their ears. Judging by the recent influx in news stories concerning cockroaches in people’s ears, you would think that these cases are increasing. This may be the case in China, as cockroach farms are becoming prevalent across the country. It is not known whether or not the country’s many burgeoning cockroach farms are contributing to the unprecedentedly high cases of cockroaches in ears, but there is no doubt that news reports concerning this unique medical problem are becoming more frequent in China. The most recent news report regarding this phenomenon in China involved a twenty year old woman whose eardrum became heavily damaged due to the activity of a cockroach invader. 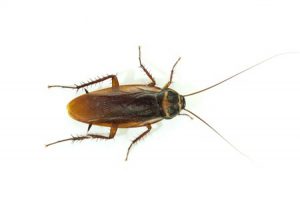 The woman reported feeling needle-like pokes within her inner ear, but she assumed the pain came as a result of her previous attempts to remove earwax with Q-tips. Later on, the woman learned that the pain had been coming from a live cockroach that had been lodged within her inner ear. After failing to treat her ear herself, the woman reported to doctors two days after the roach gained access to her inner ear. Upon examination, the doctors learned that the roach had nibbled a hole within the woman’s eardrum, which resulted in excessive bleeding. Luckily, the cockroach was removed without much trouble. According to the doctor that treated her, around one or two cases of cockroaches in ears are treated by him in just one month. More surprising is the fact that all of these cases are reported by patients on the hospital’s first floor.

Do you ever fear the possibility of waking up in the morning with a cockroach in your ear?