More than 4,000 bee species have been documented as inhabiting the United States, and surprisingly, most of these species are solitary bees, rather than social bees that live in colonies, such as honey bees and bumblebees. Around 90 percent of all documented bee species are solitary, and some of the most well known solitary bees in the US include carpenter, leaf-cutter, mason, and sweat bees. There does not exist a single honey bee species that is native to North America, and the honey bees reared by beekeepers in apiaries in the country are commonly known as western honey bees (Apis mellifera), and they ultimately originate from a region in Eurasia. This honey bee species was deliberately introduced into the US for commercial honey production back in 1622, and it did not take long before the species established a wild population in the northeast, and eventually, throughout the US. 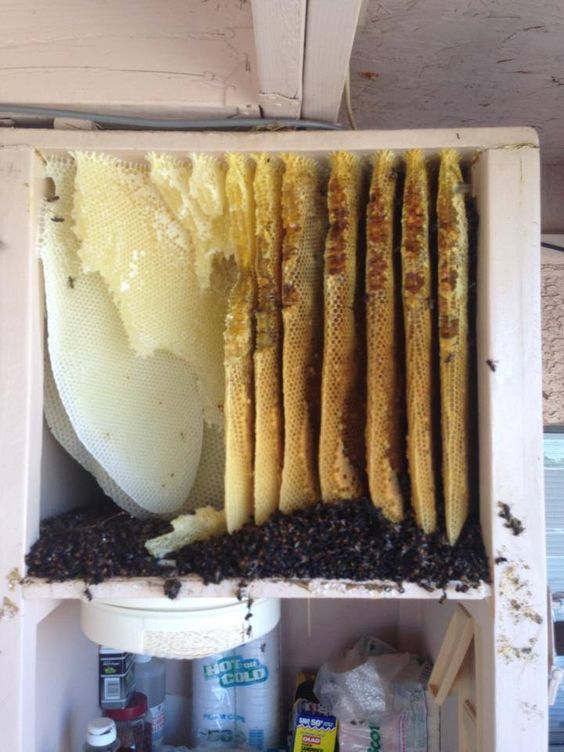 While western honey bees are known for attacking people in swarms in response to nest disturbances, they are far less aggressive than other social stinging insects like paper wasps and yellow jackets. However, more than 90 percent of wild honey bees throughout the entire state of Arizona are hybrid specimens that descend from the common western honey bee species and the invasive east African lowland honey bee species (A. m. scutellata). Because of this crossbreeding, wild honey bees in Arizona are commonly referred to as “Africanized honey bees” or “killer bees” (Apis mellifera L. near scutellata), and they are far more aggressive than the purebred species from which they descend. In fact, Africanized honey bees often nest on properties, sometimes within structures, and several humans and pets in Arizona have been attacked and killed by these invasive bee pests.

A recent nationwide survey of pest control professionals revealed that the Africanized honey bee was the ninth most commonly managed stinging insect on residential and commercial properties during the 2016 year. This is surprising, as Africanized honey bees have only established a statewide presence in Arizona, though they are also common in much of New Mexico, the southern half of Texas, and southern California, as well as the southern portions of neighboring northern states. The only bee species that pest control professionals managed more frequently than Africanized honey bees were common western honey bees and various bumblebee species, which can be found nationwide.

Have you ever encountered a wild honey bee nest in Arizona?