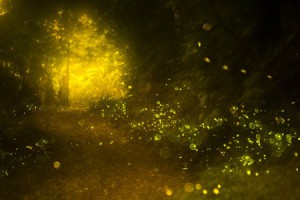 It’s that time of the year again. The days are filled with summer delight and the night is lit up by fireworks. But nothing beats the romance when nature’s own living fireworks are blinking on display. Yes, fireflies are back; and if you can let go of the city lights for a few days and relax somewhere less inundated with artificial lights (Waterville Valley and Franconia Notch are good bets), you may just get to bask under their flickering beauty.

And while you’re admiring them, it may pay to know some facts about fireflies gathered from the National Geographic and  Smithsonian:

So you see, not all fireflies are alike. Some glow, some do not. They’re relatively safe to touch, but just don’t ingest any of the liquids they squirt. Also, their population is declining, which is largely blamed on too much tourism, as well as destruction of their natural habitat. If you still want you and following generations to be exposed to this natural firework display wonder in the future, join ongoing campaigns and help spread the awareness to keep them safe.