Now a new video showing a giant parasitic worm bursting from the body of a huge Australian arachnid may push arachnophobes over the edge. 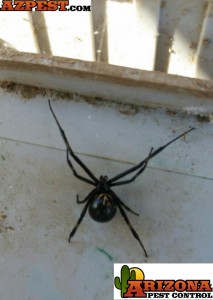 The disgusting spectacle was filmed by YouTube member BaskWith2 in Australia, who was shocked to see the writhing worm after spraying the spider with insecticide.

Dave Clarke, Head of Invertebrates at ZSL London Zoo told MailOnline: ‘This is a Mermithid nematode worm, a parasite of arthropods.

‘The worm would have emerged at some point soon anyway but was obviously annoyed by the spraying of the spider.

The worm has also been identified as a hairworm, which looks similar to the untrained eye and can also infects spiders.

Mermithidae is an old family of nematode worms that live in arthropods such as crabs and spiders.

A specimen is even preserved in a 40 million-year-old piece of amber.

The worms are wire-like and smooth, with a tubular digestive tract with openings at each end.

The unfortunate spider likely ate its larvae, which then feasted on its host’s body fluids, digestive glands, sexual organs and muscles to grow into a sizeable worm, ABC reported.

The spider would have become less mobile but because its vital organs were not eaten, probably remained alive, despite the parasite filling its abdomen and cephalothorax (mid-section).

Even without the insecticide, the spider would likely have met a grisly end, because the Mermithid nematode worm would have burst out of the creature’s body, killing it.
Ingeniously, the aquatic parasite may also have taken control of its host’s nervous system, causing the probably thirsty spider to seek out water and possibly drown in it, so that the parasite could continue to survive in liquid.

The video may prove even more unpalatable for some, because humans can be infected with thousands of tiny nematodes too.

Dr Brian Farrell, an entomologist at Harvard University, told The Huffington Post: ‘Most have no obvious effect on us, and we are mostly unaware of their presence, but a few are large enough to cause diseases such as trichinosis.’
http://www.dailymail.co.uk/sciencetech/article-2942634/YUK-Watch-grotesque-moment-giant-parasitic-worm-erupts-spider-s-body.html

Suzy Shukwit
18:03 29 Jun 22
We looked at reviews on-line before choosing AZ Pest Control and happy that we did. Both the representative (Brian)who came out to our house to see the issues and the technician (Billy) were great. Looking forward to our relationship with the Company.

Hal Hostetler
05:21 18 Jun 22
I was with 5-Star for many years, each year, they had to come back and re-treat and they never got rid of the termites. I called Arizona Pest Control, their treatment has removed the termites, no call backs in three years now. YAY!

Ryanna Hansen
20:34 17 Jun 22
AZ Pest Control monitored our attic and outside of our home for pack rats over the course of a month. They were able to capture one rodent and determine no other current rodent activity was occurring. We now use them to come out monthly to monitor any additional activity. We are very happy with their service. Every employee that has come out has been knowledgeable and professional.

Wendy Pendleton
19:21 11 Jun 22
I had two years of scorpion infestation, finding them in almost every room of the house. During that time, I used 2 different pest control companies, neither of which could solve my problem. Then I signed up with Arizona pest control and two years later I’ve been scorpion free for shortly after . I killed one or two following their 1st visit and they came back for another treatment immediately. I don’t constantly look at where I’m stepping any longer.

Gloria Fenner
17:34 04 Jun 22
All staff I have met have been friendly & polite, & they have answered my questions about materials & procedures. So far, results have been positive!

Debbie Berger
13:27 04 Jun 22
Great service. Jeff spent a lot of time explaining the process and Chris the technician was fast and thorough.

Richard Martin Clayborn
20:10 18 Feb 22
Always on time… Very professional & respectful..Will use this company every time i need them..
See all reviewsWrite a review