Plague Infested Fleas Have Been Found In The Southwest United States 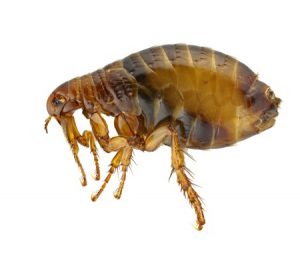 We have all heard of AIDS/HIV, Zika, and the west Nile virus. So how is it that everyone alive today is also aware of a devastating disease that occurred during the middle ages? Of course I am referring to the plague, and humanity will never forget that a third of the European population was wiped out as a result of this deadly disease. Some of you may believe that the plague no longer exists, and people cannot become infected anymore. This is not true, but medical science is able to cure the few individuals that contract this disease today. However, it is definitely a bad thing to be living near animals that are infected with the plague. Unfortunately, fleas in the state of Arizona have been found to be carrying this disease, which is surprising medical researchers.

Health officials working with two northern Arizona counties, Navajo and Coconino, have confirmed that plague-ridden fleas are hopping around their land. The Navajo County Health Department is urging Arizona residents to take every precaution that will protect oneself from catching this bacterial disease. The health officials warned the public that many animals, such as fleas, rodents, rabbits and their predators can all carry and transmit the virus to humans. Simply sustaining a flea bite is enough to catch the plague, and direct contact with various mammals can also infect individuals.

Luckily, no widespread outbreaks of the bubonic plague have been reported for quite some time, and when a person does catch this disease, it is normally an isolated case. We all know that Europe during the medieval period was ravaged by the plague, but many Americans don’t realize that the plague made its way to America as well. For example, Los Angeles experienced a minor plague outbreak during the year of 1924. Over one thousand people have died on American soil between 1900 and 2012, and the vast majority of these deaths occurred in the north and south western region of the US. Antibiotics are typically enough to rid people of the bacterial infection these days, but stay safe.

Were you aware that so many people died from the plague in America during the twentieth century? Do you live in the western US? If so, are you worried?