Lawsuits involving insect pest attacks are quite lucrative these days. The hospitality industry has been hit hard lately with lawsuits filed by victims of bed bug attacks. All it takes to make thousands, hundreds of thousands, or even millions is to get bitten by bed bugs while staying in a hotel. Easy enough, right? Although sustaining bed bug bites is nobody’s idea of fun, you could probably use the cash. 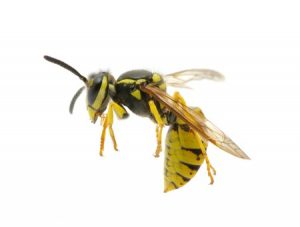 Before bed bugs became the serious issue they are today, lawsuits concerning insect attacks were netting victims huge payouts in court. For example, 20 years ago, a man who fell victim to a swarm of yellow jackets won a whopping five million dollars in a lawsuit that he had filed against his doctor. Although you would think that 5,000,000 dollars is a generous amount, the victim certainly deserved the money in his case.

All the way back in July of 1992, a man named Daniel Topham, who was 23 years old at the time, sustained two yellow jacket stings within the span of one week. The second yellow jacket sting resulted in an allergic reaction that nearly killed him. In response to this reaction, Topham’s doctor prescribed him an EpiPen. However, Topham visited an allergy center three years prior to his run-in with yellow jackets. While at the allergy center, Topham underwent a skin test to determine which allergies he had, if any. The skin test came back negative, so his doctor decided not to administer venom immunotherapy that would have made Topham immune to yellow jacket venom. His doctor did this despite the fact that she had administered tests before that did show positive results. Therefore, his doctor’s failure to administer the immunotherapy drug constituted neglect. Administering the drug would have saved Topham from the near death experience he had in 1999.

Are you allergic to any types of insect or spider venom?

Carol Rundle
19:24 08 Oct 20
We called AZ Pest Control after finding scorpions in our home (I was stung). We also had an infestation of crickets, which are scorpion food. AZ Pest Control came quickly, explained their services, and assured us that they used non-toxic ingredients (I’m chemically-sensitive). We found a couple of crickets in the days immediately following the first treatment, but none since then. I had no reaction to the spray ingredients, for which I’m thankful. You and your team are doing a great job!
See all reviewsWrite a review