How Many Dangerous Kissing Bug Species Can Be Found Within And Around Arizona Homes? 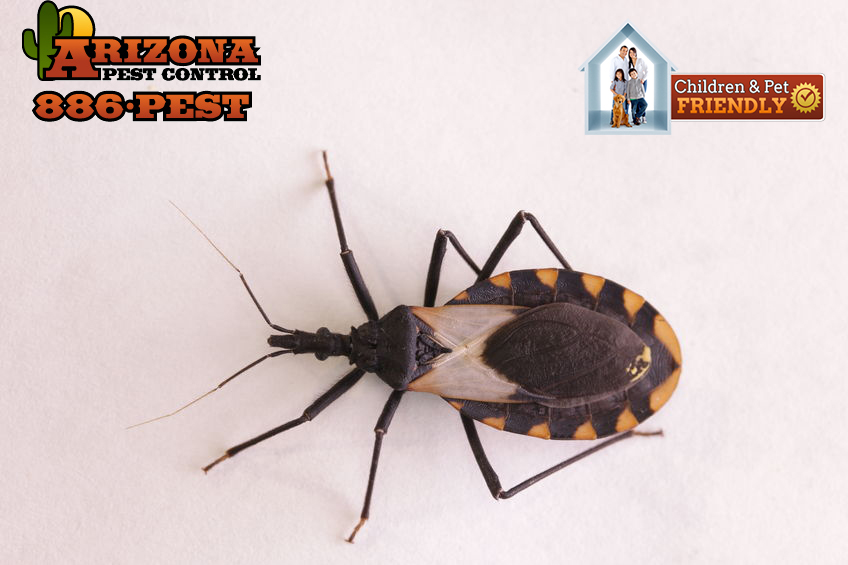 The parasite known as Trypanosoma cruzi lives within a kissing bug’s digestive system. When kissing bugs land on human skin, they defecate, effectively exposing skin to the intestinal parasite. Scratching the skin often causes the parasite to access the human body through open cavities or cuts. Not long ago, researchers found that more than 50% of kissing bug specimens collected by citizen scientists in Texas were infected with the T. cruzi parasite. Kissing bugs can be found in nearly all of the southernmost states, but the insects are particularly abundant in the southwest.

Arizona is home to at least four kissing bug species known as Triatoma rubida, T. protracta, T. gerstaeckeri and Rhodnius prolixus. All of these species can be recognized for their relatively large one inch long bodies as well as their dark brown to black exterior. These insects also have a tan or reddish-brown color to their abdomens. In addition to being a public health concern, kissing bugs can also be a nuisance around homes due to the insect’s habit of gravitating in large numbers toward outside lights. Kissing bugs are bloodsucking parasites that dwell within rodent nests, but artificial lights attract kissing bugs into homes often. Once kissing bugs enter a home, they search for a human host in whom they can collect blood-meals from. Kissing bug bites are not immediately painful, but they quickly become itchy, swollen and discolored. These symptoms can last for weeks.

Have you ever sustained a bite from a kissing bug? Get A Free Pest Evaluation if you are seeing these pests around your property!