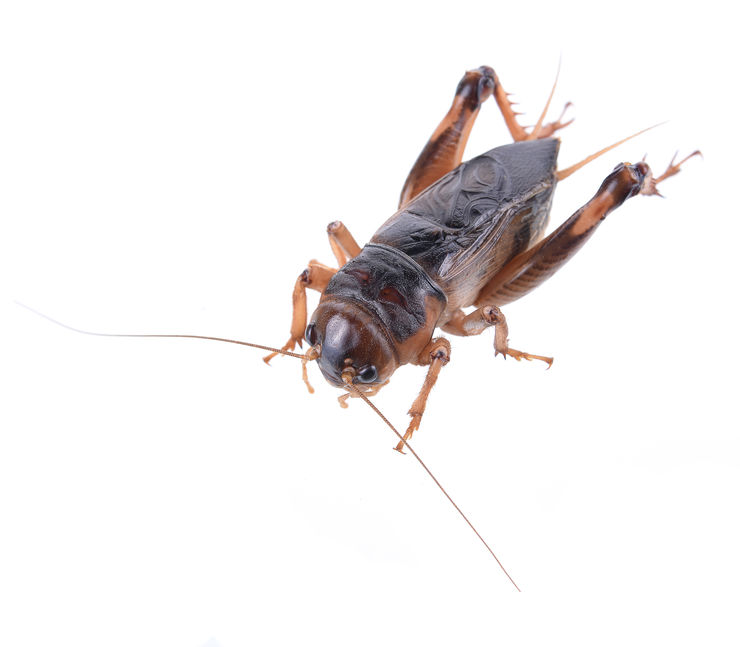 Arizona is home to many cricket species, some of which are commonly categorized as pests. Cricket pests are considered a nuisance within homes due to their persistent chirping, which can become quite loud in homes that see sizable infestations. Several cricket species are considered economically significant pests due to their habit of eating garden plants and flowers of all kinds, and a few cricket pest species will even inflict damage to homes. For example, the most commonly encountered cricket pest within Arizona homes, Indian house crickets, are likely to eat away at fabrics and drywall within heavily infested indoor environments.. Male Indian house crickets produce particularly loud chirping sounds by rubbing their wings together in order to attract mates, which can become annoying enough to keep residents within infested homes up at night. In fact, one suicide has been documented as being motivated by the constant and maddening chirping produced by Indian house crickets. Most people who have experienced an Indian house cricket infestation would probably agree that the insect’s habit of leaving significant amounts of excrement within homes is the worst aspect of an infestation.

Have you ever found crickets within your home?