It has been a busy month for pest control experts since all of the bugs are moving indoors for the winter. Recently pest control professionals stumbled upon a ten thousand strong colony of wasps living in an enormous nest located in an attic. The owners of the home were having their house treated for woodworm before pest control experts found an even bigger surprise in the attic. Contact us today for Tucson Wasp Control . 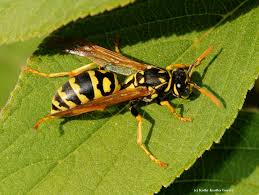 The wasps were apparently so crafty that they managed to construct a tunnel, which they used to fly outdoors when needed. The nest was shaped like a sphere and it is believed to have been built solely by a large colony of common wasps. The pest controller who first spotted the behemoth, Gary Wilkinson, claimed that the wasp nest was larger than an old barrel. There is still no word on how, or even if, the wasp nest was removed.

Have you ever attempted to remove a wasp nest from your property before? If yes, did it go well?