The Cat-Faced Spider Can Become A Nuisance Within Homes, But They Are Preferable To Black Widows And Recluse Spiders

The largest spiders in the US can be found in Arizona, but very few spider species in the state are known to be dangerous to humans. Although tarantulas may occasionally appear in homes, and are known for inflicting painful bites when provoked, they are not true “pests.” The western black widow and five recluse species are the only spiders in Arizona that medical professionals generally agree are “medically significant.” While Arizona is home to a higher number of potentially lethal recluse spider species than any other state in the country, the most dangerous and well known recluse species of them all, the brown recluse spider, does not inhabit the southwestern states. This is good for Arizona residents, as the brown recluse is the only one of the 13 recluse species in the US that is a “synanthrope,” which is any animal that favors an indoor habitat because living among humans is more advantageous than living in the wild. Arizona is home to one of the four widow spider species found in the country, the western black widow, and the venom produced by each widow species is of comparable potency. Urban entomologists generally refer to black widows as “occasional invaders” of homes, and surprisingly, they are closely related to American house spiders. 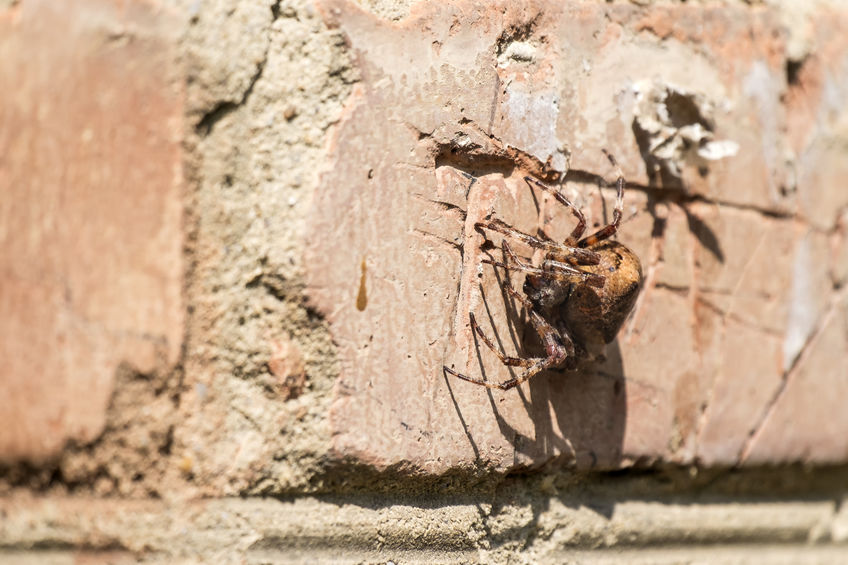 According to a nationwide survey of pest management professionals, the American house spider was the most frequently controlled spider species within homes and buildings during 2016. Araneus gemmoides is another occasional nuisance spider species commonly spotted within Arizona homes, and they are not dangerous, as their mouthparts are too minute to penetrate skin. This species is commonly known as the cat-faced spider, and it can be recognized for its light brown color, bulbous abdomen, and for the dimple pattern on its chest that is said to resemble a cat’s face. Females grow to be a little longer than ⅕ of an inch, and while this may seem relatively small, some specimens can become quite large. For example, a recent specimen weighing nearly four grams won the latest award for the annual “how big is your cat-faced spider contest,” held by a Colorado State professor. Apparently, this was an incredible find, as the specimen weighed 25 percent more than many of the largest recorded specimens of this species.

Have you ever spotted an unusually large spider within your home?