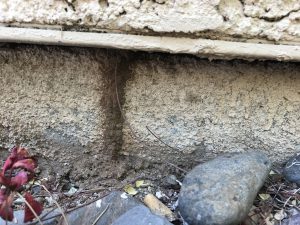 Western subterranean termites are considered to be among the most elusive of all termite species in the US due to their secretive methods of gaining entrance into structures. These termites often enter homes in areas that cannot be accessed by termite inspectors. These areas of a home include cracks in concrete slabs or masonry, beneath patios, fire heaths and expansion joints and cracks. Western subterranean termites can travel through a crack in concrete that is only one eighth of an inch wide. They have also been known to travel beneath carpeting and floor tiles in order to reach a home’s timber frame. Additionally, inspectors and residents need to be careful not to disturb these termites, especially if they are infesting your home. When these termites are disturbed, they will abandon their infestation site in order to infest another area of a structure that is safe from outside disturbances. This can make tracking down these termites difficult during eradication efforts.

Have you ever heard of termite-related problems occuring in west coast states?